The AMCS team works across locations in Australia, fighting on the community’s behalf to protect our precious oceans.

Our team has a mixture of expertise – we are scientists, researchers, communicators, campaigners and fundraisers. We are overseen by a Board with representatives from business, science, industry, government and the education sector.

We value integrity, courage, commitment and solidarity. Together, we share a passion for the future of our blue planet. Tim Winton, beloved Australian author, is a dedicated supporter of our oceans and committed environmentalist. In 2002, he donated his $25,000 prize money from the Western Australian Premier’s Award to the Save Ningaloo Reef Campaign. In June 2011, after a long campaign by AMCS and our conservation colleagues, the Ningaloo Coast was listed as World Heritage by the United Nations. This campaign was another great success for the Society, thanks in no small part to our Patron, of whom we are very proud.

Tim has been declared a Living Treasure by the National Trust and was made an ‘Australia Post Australian Legend’ for his outstanding contribution to the social and cultural life of Australia. Winton writes about Australia’s coasts and oceans like no other. He plays an active role in most of our campaigns, particularly marine sanctuaries, sustainable seafood and shark conservation.

He is our perfect patron. 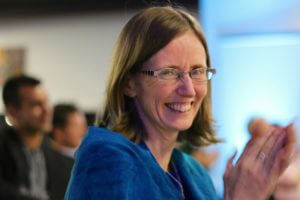 Australia’s environment movement mourns the loss of Felicity ‘Flic’ Wishart – who passed away in her sleep on 20 July 2015, aged 50.

Flic passed away during her time as the AMCS Great Barrier Reef Campaign Director.

Flic was one of Australia’s leading conservationists and was a great and inspiring champion for the planet, the cause she dedicated her life to.

Your donation will go to a special public fund to support projects that Flic would have passionately supported.

Discover our most prominent supporters