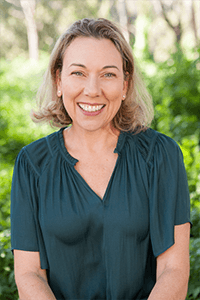 Imogen’s determination to protect ocean wildlife began when she was simultaneously enthralled and enraged upon witnessing an orca show during a school trip to an aquarium. Harnessing her strengths in communications, relationship building and creativity, together with a get-stuff-done attitude, Imogen forged a career delivering communications strategies to improve conservation and animal welfare around the world.

Over the past 20+ years in Australia and the United States, Imogen has played key roles in a variety of successful campaigns, from fighting Japan’s lethal ‘research’ whaling and keeping wildlife wild, to protecting leatherback turtles in the Caribbean and eliminating dog-bite mediated rabies.

A self-described treehugger, when Imogen isn’t working she’ll be running trails, kayaking with her family or on the sofa, glass of wine in hand, laughing at her favourite comedy show.